W and I have just come back from a few days away, the majority of that time spent in an 18th Century stocking weaver’s home in Tewkesbury, Gloucestershire. The property is owned by the Landmark Trust and if you are not familiar with the work of the Trust, do check out their website.  We’ve had some great times in these historic buildings, one of the best was at Saddell House on the Mull of Kintyre where we spent a few days before Christmas with one of my school friends, her teenage boys (plus friends) and her partner.  She and I played at being Mrs Bridges and Ruby (from the original version of Upstairs Downstairs), rustling up vast quantities of food in the huge kitchen with no access to any shops once we’d arrived.  I like to think I was better qualified to be Mrs Bridges with my O Level in Food & Nutrition!  When they weren’t eating (or sleeping) the boys spent a good deal of their time running a table tennis tournament in the basement.  They were surprised to find that W was an expert who was determined to win (and did).

Back to the 18th Century stocking weavers.  Having read up on the history of the house they certainly didn’t enjoy an easy life, although those living in the houses in this row would have had a better time of things as they were part of a co-operative rather than working in a factory.  The house is on four floors with vertiginous stairways between each floor – to be treated with caution after a glass of wine or two in the evening!  If your preference is for modern luxury then the Landmark may not be the right choice but the opportunity to spend time surrounded by history is pretty special.

The weaving looms look pretty complicated – and large.  I think they must have either been assembled in situ or perhaps brought in through the large window on the first floor? 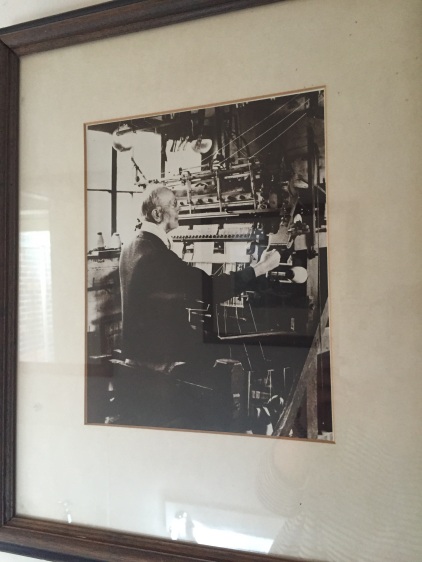 The houses are filled with furniture, books and pictures relevant to the area and period and these two embroideries were on one of the landings.  I wonder at what point Harriot Webb realised she wasn’t going to be able to fit the whole of the second line of verse in on the right hand sampler? 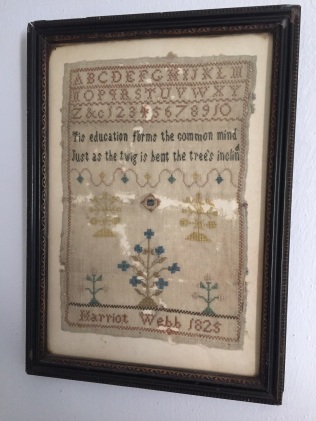 I stuck with the yarn theme while I was in the house by carrying on with my crocheted blanket which has been stuck at a lap blanket size for some time.  I think there are now enough new squares for a couple more rows to be added. 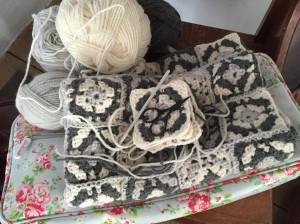 Highlights of the week : 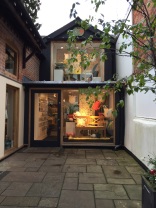 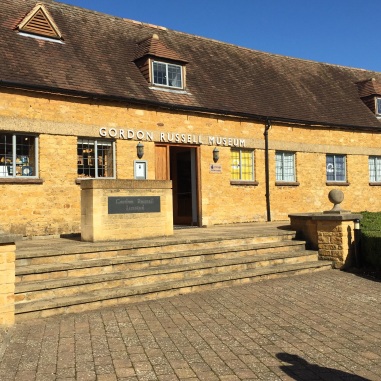 One thing I did reflect on while I was away was my dependence on my mobile phone and internet access.  There is no WiFi in Landmark properties – they don’t even have televisions – and 3/4G was intermittent.  I was concerned to realise just how grumpy I felt at not being able to access IG, Twitter, iPlayer Radio etc. when I wanted to.  There was one advantage – I had decided to limit my viewing of work emails while I was away and in the end I had no choice a lot of the time.

I’m not sure what the answer is because phones and tablets are now so omnipresent it is hard to remember or imagine life without them.  Hila at Saturday Night Stitch is currently without a mobile and this is her very interesting blog post on the subject.  I’m sure lots of you have a view on this subject!